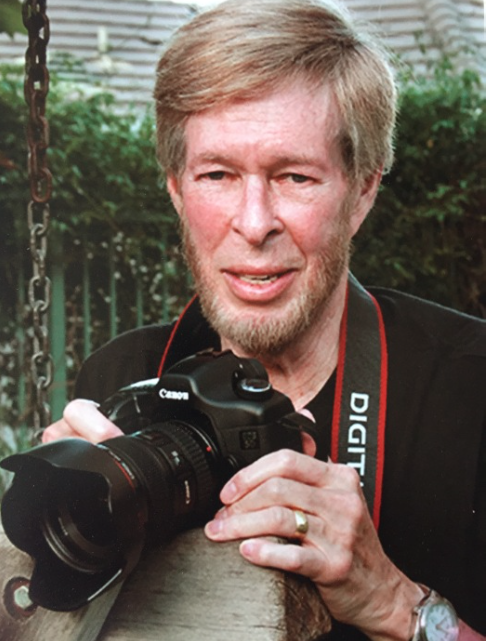 Robert Sharpe, November 17, 1930-July 14, 2016.
Bob was an active member of PAI for many years and served as its
president. He was very devoted to PAI and brought many of us into PAI.
Bob was instrumental in arranging the PAI meetings at the National Arts
Club and the annual members’ photograph shows there. He arranged
much of the programing  at the meetings. He was a fine photographer
and did a portrait project of homeless people showing their dignity and
humanity and exhibiting the photographs. Another project was pictures
of people descending on the escalator at Grand Central. These were
shown at PAI generating much interest among the members. He was
devoted to his wife, Tina, who came to all the PAI meetings with him and
assisted him with PAI activities. Both were active members of the National
Arts Club where some of his photographs are in the permanent collection.
Bob had a big digital darkroom in Hastings with a 64 inch printer and printed
very large photographs for any of us who wanted them. He was a great friend
of many of us and is badly missed
Marcus Reidenberg


ROBERT K. SHARPE — Photographer and Past President of PAI.
November 17, 1930 - July 14, 2016.
Of Boca Raton, FL and formerly of Hastings-on-Hudson, NY. Survived by
children Steven, Sharon, Jonathan, Julia; grandchildren Becky, Alex, Sarah,
Max, Jessica, Ben; daughters-in-law Fran, Karen; son-in-law Steve.
Predeceased by loving wife Tina. A writer-director- filmmaker, Bob's 1970 film
"Before The Mountain Was Moved" was nominated for an Academy Award.
Photographer since age 10, his work appeared in Chicago Tribune Magazine,
Popular Photography, and the New York Times and is in the permanent collection
of the Brooklyn Museum of Art. He was on the board of the Photography Committee
of the National Arts Club, and member of ASMP and DGA. Bob was a Hi-Fi nut and
gifted furniture-maker, and loved classical music and jazz. He hated most green vegetables,
but loved steak, corn and hot dogs. He read the New York Times daily.